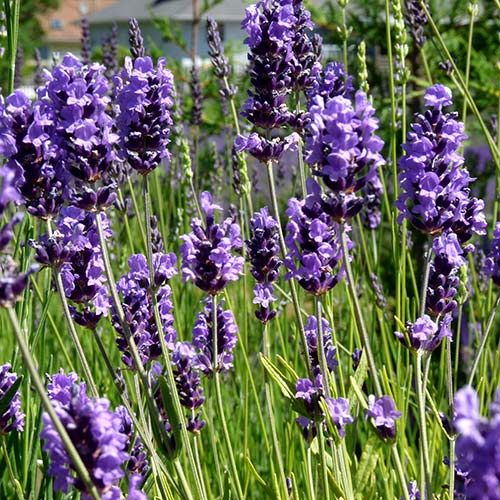 Buena Vista is sought after for its strong sweet fragrance. This continuous bloomer will blanket your garden in lavender all summer. This lavender variety is proven to withstand colder temperatures and come back year after year. Buena Vista has distinctive and very dark blue calyxes and lighter blue flowers. It is excellent for culinary use. 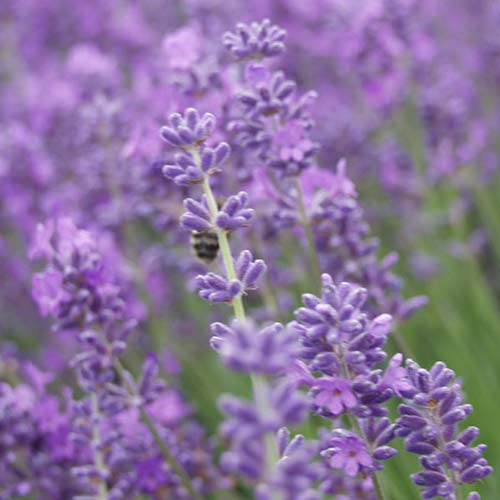 This English lavender is one of the earliest to flower in spring. It is proven to withstand colder temperatures. It is one of the best oil producers and is considered the best for producing high-yield crops for culinary uses, etc. Folgate will grow to 30” height and spread to  30” – 36”. 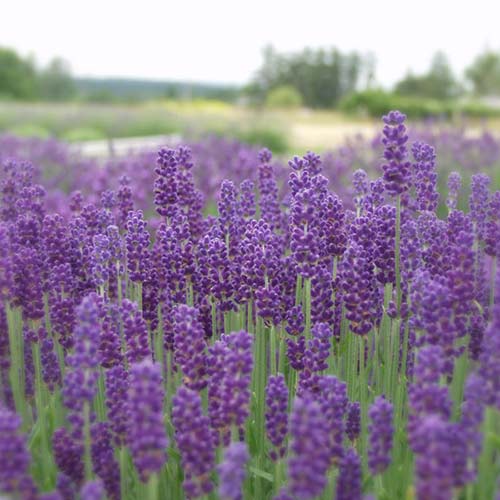 This lavender is described as a free flowering dwarf variety that produces deep purple spikes in late spring and summer, its stems are 6” – 8” long and the plant overall height is 12” – 20”. Hidcote is great for edging or for creating borders. Sweet scent and good for culinary use. 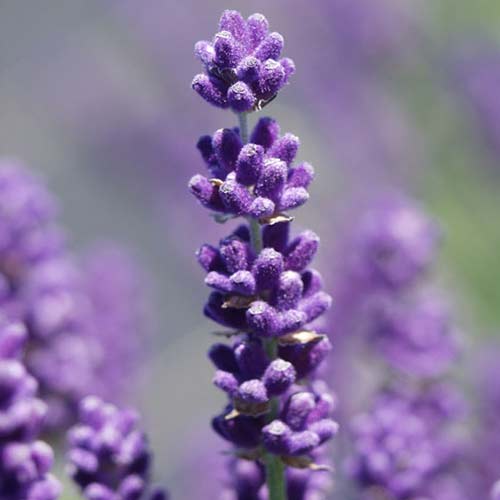 This medium low bush (30” – 36” height with stems 8” – 10”) features spreading growth, grey-green foliage and deep violet-blue flowers, blooming in early summer. This variety is one of the earliest to bloom. 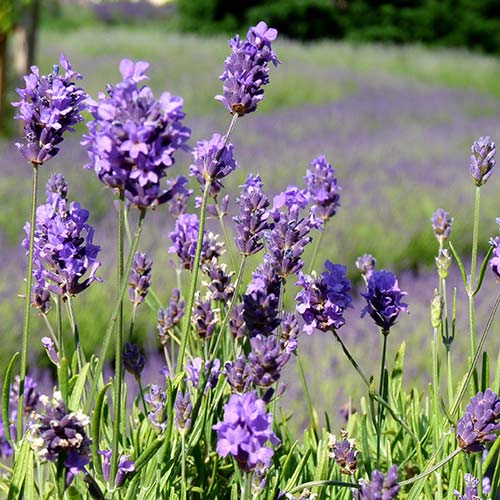 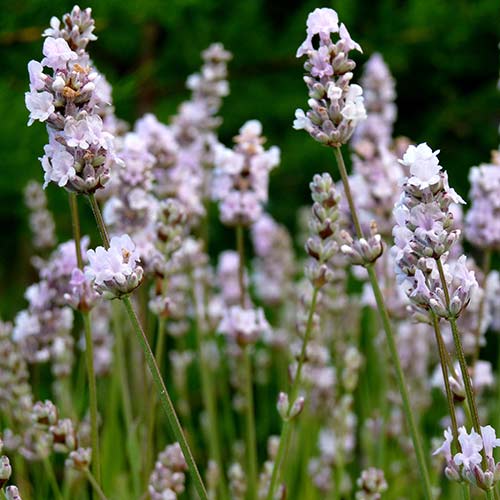 This variety features tightly compact pink and white spikes that bloom longer than other pink lavender plants. It can be used for ornamental or hedging purposes and is often used for culinary use. Some have described it as having a hint of pepper making it a good choice for savoury dishes. 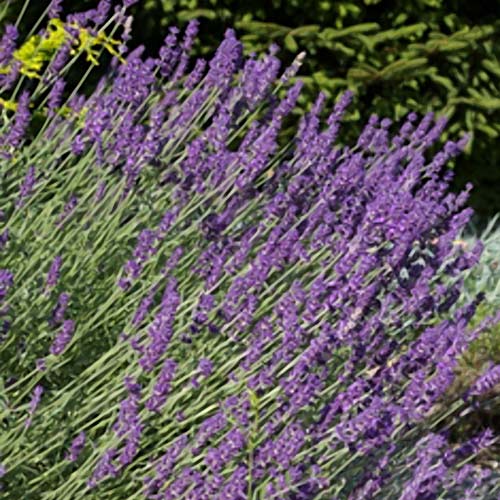 An English lavender with medium-sized deep purple flowers and grey foliage. It is a very attractive lavender plant that is often prized by gardeners for its distinct appearance.

Origin: Could have originated as “Nana Atropurpurea.” 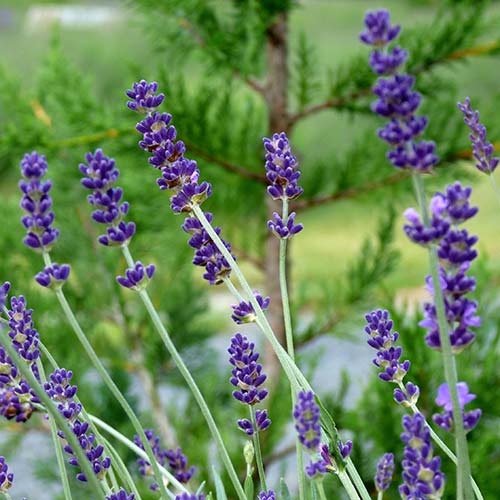 This larger than life lavender was the very first lavender bred by Norfolk Lavender in England and features hundreds of long stems and long cylindrical light purple flowers. It makes a good choice as a hedge or a focal point in the garden. This variety can be used for culinary products. 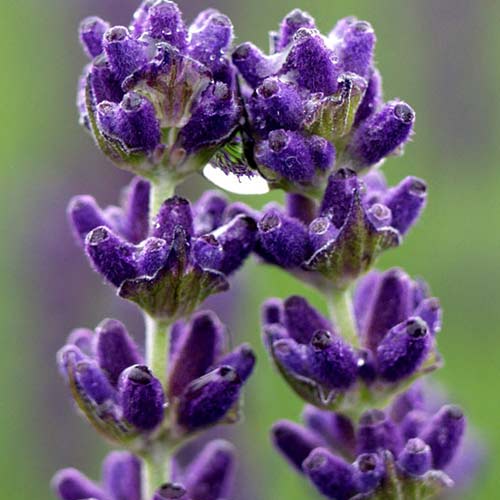 This variety is a small to medium-sized plant. It is one of the best angustifolias and has proven to withstand colder temperatures. Its deep purple flowers and foliage are highly aromatic. It is a great oil producer and excellent for culinary uses. Royal Velvet is an all-purpose plant that is one of the best varieties for fresh or dried bouquets. 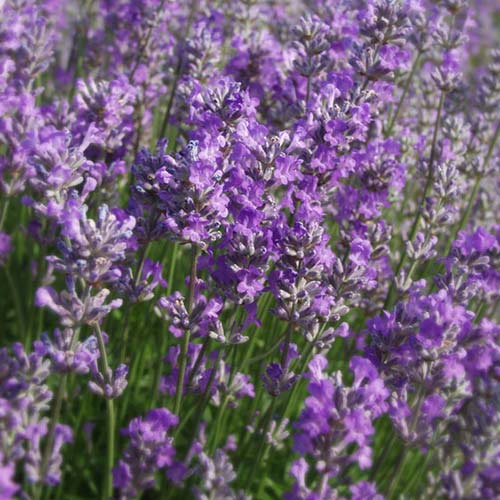 This variety features open, grey-green foliage and dark violet purple flowers. It produces sweetly fragranced oils that are great for making sachets. It is a wonderful ornamental plant and is an all-season bloomer first appearing in June and through to summer if the flowers are cut periodically to allow new shoots to grow. 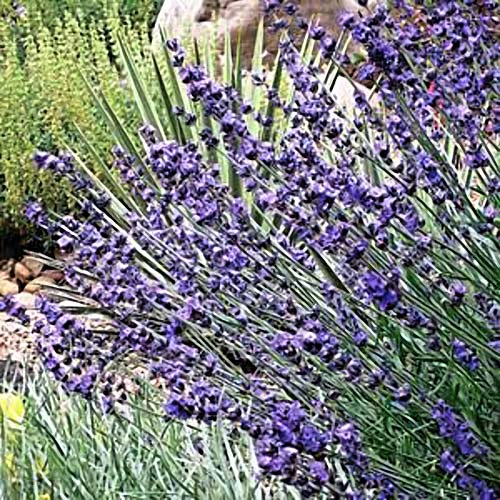 Sharon Roberts is another all-season bloomer first appearing in June and throughout summer. It is medium bushy plant with green foliage and dark purple/blue flowers. It is suitable for ornamental hedging because it has a long blooming period and strong fragrance. This variety is an excellent choice when making fresh bundles.

This variety features dark flower buds and blue flowers which bloom throughout the summer. It is one of the earliest lavenders to bloom and the last to finish. It makes a great container plant because of its compact size, its frequency of blooms and it is highly fragrant. 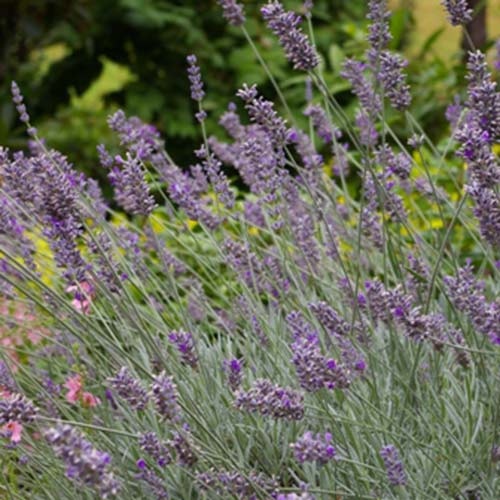 Named for its incredible soft silver foliage that holds its colour all year and producing dark violet flowers which makes it a wonderful landscape plant. Though a slow grower with stout woody branches, it can grow to 48” height with 12”- 14” stems. (Lavandula x chaytorae a cross between Lavandula lanata and L. angustifolia)